It pays well to have friends (ears) in the right places. When I started this year’s Pollachi trip I wasn’t prepared well with a food trip plan. I had in mind to have a relaxed trip and probably not eat out as the place I was staying (Kinara Farm Stay) had awesome food. But, got tempted to try the Kumarapalayam Amman Mess, when the name popped up during a casual conversation with a friend.

They are the original founders/servers of the most famous combination of Gulkand and Honey with Curd Rice. It’s a tradition that many places started copying from them afterwards. It’s run by a couple (Brothers who married sisters from the same family). The ladies cook and the brothers manage the place, is what I heard about this place. I didn’t see any lady in the kitchen on the day, I went though. Of course when I could, I had to try them.

Absolutely worth the travel as the food was outstanding. Kothu Kari and Brain Fry was highly recommended at Amman Mess. Brain needed a day’s advance notice. Which I was unable to as it was an impulsive decision to try the place.

Meals is standard and it comes with lip-smacking gravies. Preferred the Chicken gravy over the Mutton one. You’ll know why their Kothu Kari is a star at the first mouthful itself. Loved the Naatu Kozhi Fry and Mutton Sukka. Their special Egg Podimas which they colloquially call as “Andhra” was a show stealer. Loved everything that was served on the Banana leaf.

Only gripe would be that they charged us for 2 portions (we were 2 of us) but the portion size won’t justify for one person. I was under the impression that they are serving one by two. Only while billing I realised it was a single portion that was served to me. But, given the experience I would say that it was well worth the price as it was filling and the taste was awesome. Can’t remember the individual prices now but paid around ₹900 and odd. 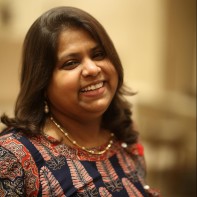